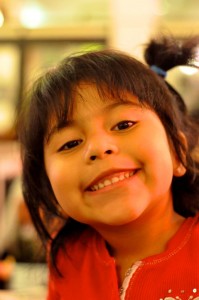 What is KCCA’s mission statement?

You can read it here.

What is radical childcare and why do we need it?

Childcare is a necessity for progressive movement-building. In many places, progressive spaces are not child-friendly or welcoming to parents. When organizers do not create child-friendly spaces or provide child care for their events and meetings, parents, especially low-income parents, are excluded from these spaces. Low-income parents are already at huge disadvantages in many ways, including having less time to contribute to radical causes. However, parents’ involvement is absolutely essential to building a movement for radical social change. This is where KCCA comes in.

Radical childcare is an understanding that the well-being of children should not be a commodity to be bought and sold. Radical childcare is free for those who need it. It means caregivers who are engaged with children and (other) parents. It means fostering meaningful relationships and encouraging progressive values in little ones, because movements must be inter-generational.

There are many layers of oppression that effect poor parents, and especially poor mothers, in the US. Privatized childcare is one part of a relentlessly oppressive system which puts them at an overwhelming disadvantage. Sending a child to daycare for a year can cost about the same as sending a child to a public university. Parents relying on daycare pay hundreds of dollars a week just so that they can go to work to provide for their families. Some families simply can’t afford this.

There are over 1.4 million people living in poverty in Georgia (according to the Census Bureau). Most of these people are women and children, and most of them are not receiving subsidized childcare. Childcare subsidies in Georgia are provided under the Children and Parents Service (CAPS) program. The CAPS program is woefully inadequate for the following three reasons:

Clearly, the well-being of families is not a priority for our state and federal governments.

How do I get involved?

KCCA’s most important resource is its volunteer base, so if you’re able, you should join us. Please see our Volunteer page for more information.

KCCA also gratefully accepts donations. If you can’t volunteer with us but would like to support the cause, please see our Donate page.

My organization needs childcare. Can you help?

In the words of Amariah Love, Founder of KCCA

Kelli was my mother, and one of millions of women who have suffered the very real consequences of being a poor single mother in a capitalist, sexist, racist society. With the cost of living for her and her son so high, with no jobs or job security, without access to affordable childcare, suffering from depression and poor physical health, and unable to afford healthcare, without a way to pull herself out of poverty, and facing jail time for debt to the state she didn’t even know she was accumulating, Kelli killed herself in March of 2010.

Her death opened my eyes to the workings of this system in a way wholly new to me. I realized quickly that her death was not an accident but a result of systematic violence. I found myself needing to find ways to fight back. When I attended the 2010 US Social Forum in Detroit, I met many incredible activists and came in contact with organizations doing amazing work across the country.

One of the workshops I attended was about childcare collectives. I had never heard of the concept before the Forum. I brought the ideas back with me and they were met with enthusiasm by activists in Atlanta. KCCA was founded in Kelli’s honor, as a means of resistance against a system that murders poor mothers.